You are here: Home / About Us / Personnel / MATTHEW J. (Matt) WITTWER 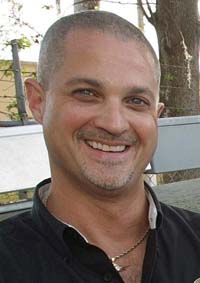 Matt started in the electrical industry in 1985 as an apprentice while still attending high school in Charlotte, NC. After graduating from High School in North Carolina, he continued working in the trade, attending classes at the local community college and began to run work as a Field Superintendent. He later earned his Journeymen license in Charlotte Mecklenburg County and continued his education and in 1989 earned his North Carolina State Unlimited Contractors license (14911-U) and in 2000 he earned his Florida State Electrical License (EC0002058).

Matt worked his way up from the field, starting work in the industry as an apprentice, journeymen electrician, service manager, estimator, project manager, and is currently the Vice President of Carter Electric Co. Inc.

He is responsible for overseeing our estimating and project management department (s) on a day to day basis. Matt works with our clients during the preconstruction process.

His dedication to the trade has been shown by trying to give back to the industry through teaching for the electrical apprenticeship school, volunteering with the Electrical Council of Florida, Associated Building and Contractors and has also taught industry classes on a national level.
Matt has served on various committees and serves on several Boards of Directors for both local and National organizations.